Most Hong Kong women have negative body images. A recent study by MWYO, a local youth-oriented think tank, found that 63% of the 1,010 women surveyed were dissatisfied with their physical appearance. Notably, there were differences between younger and somewhat older woman in their beliefs about causes of this dissatisfaction.

Dr. Andrew Adler, Director of and Clinical Psychologist at the Adler Family Centre, says he has seen several female teenagers who are “extremely dissatisfied with many parts of their bodies” because of constant comparisons with images on social media.

To help young women become “less dependent on social media to judge themselves” and focus less on physical appearance, Dr. Adler suggests that teachers and parents play important roles. “These adults can educate young females about the realities of social media and the frequent use of altered images. Also, adults can act as positive role models, discussing how they have learned to appreciate and value other qualities such as being a good friend and developing satisfying personal interests.” 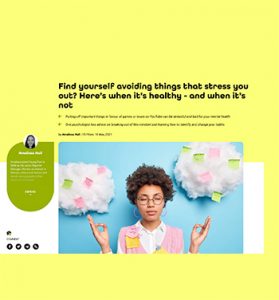 The criteria for an Autistic Spectrum Disorder (ASD) is the same for both boys and girls based on widely accepted...Read More